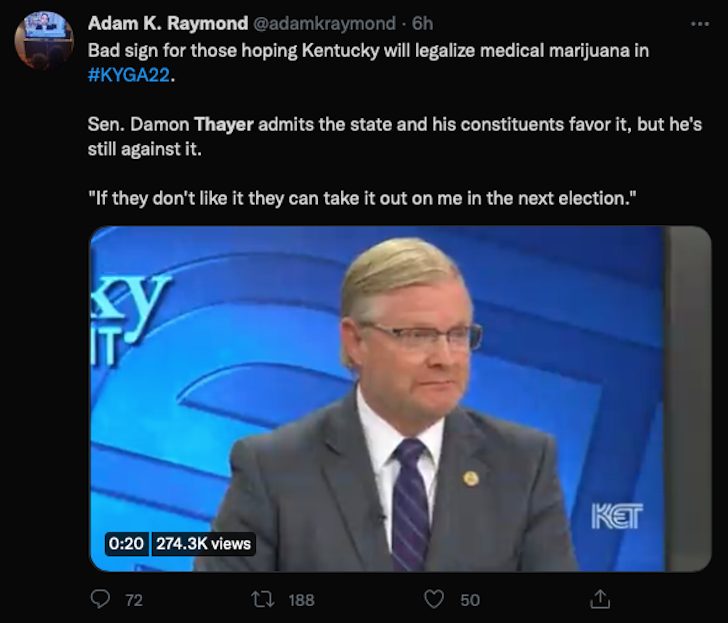 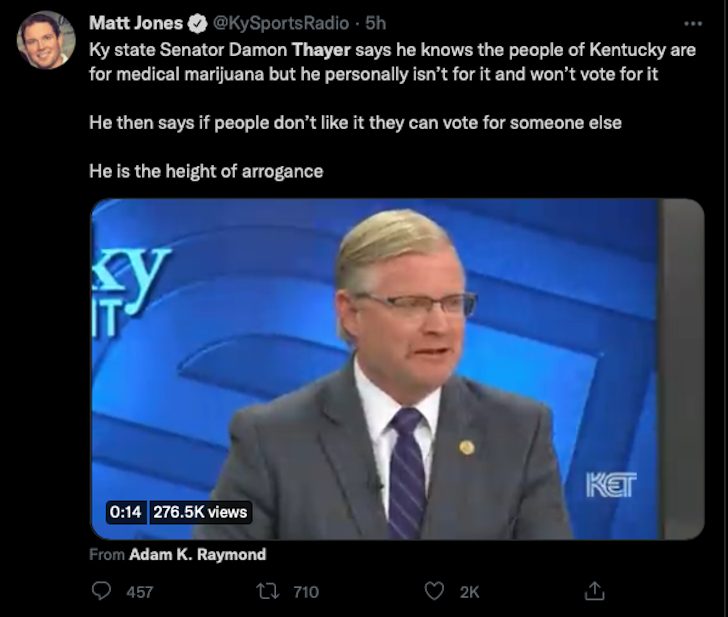 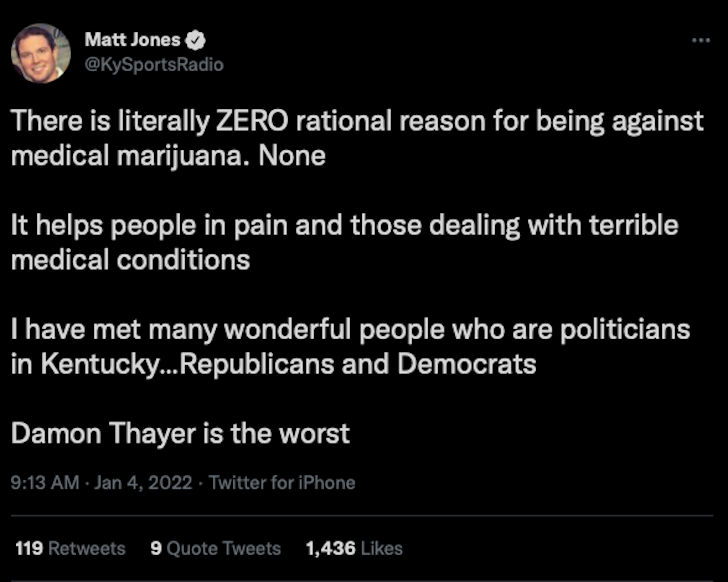 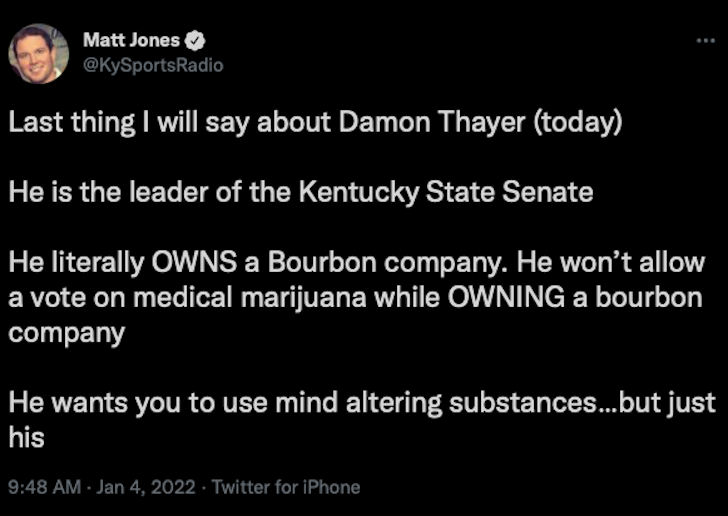 On Kentucky Tonight, he was asked whether he’s heard from his constituents on whether they are for it, to which he smugly replied: “I’ve been hearing about it for years. I know my constituents are for it, but this is a Republican… you know, they elect us to go to Frankfort and make decisions on their behalf, and if they don’t like it, they can take it out on me in the next election.”

Bad sign for those hoping Kentucky will legalize medical marijuana in #KYGA22.

Sen. Damon Thayer admits the state and his constituents favor it, but he's still against it.

"If they don't like it they can take it out on me in the next election." pic.twitter.com/fTvJMtoFyK

In terms of the session, two bills to decriminalize marijuana have been pre-filed by Rep. Nima Kulkarni (D-Louisville). Rep. Jason Nemes (R-Louisville) is also expected to file a medical marijuana bill.

Last year, Nemes sponsored a medical marijuana bill that passed through the house 65-30, but was not even considered by the Senate. Nemes told the Courier Journal that he thinks his bill would pass overwhelmingly if it was brought to a vote in both chambers, but it has hit a roadblock with Senate Republican leadership.

Given that the Republicans hold a supermajority in both chambers, and considering Thayer’s position in the party, this has angered pro-marijuana advocates, including U.S. Senate Candidate Charles Booker. Other people called him a hypocrite for owning a bourbon brand.