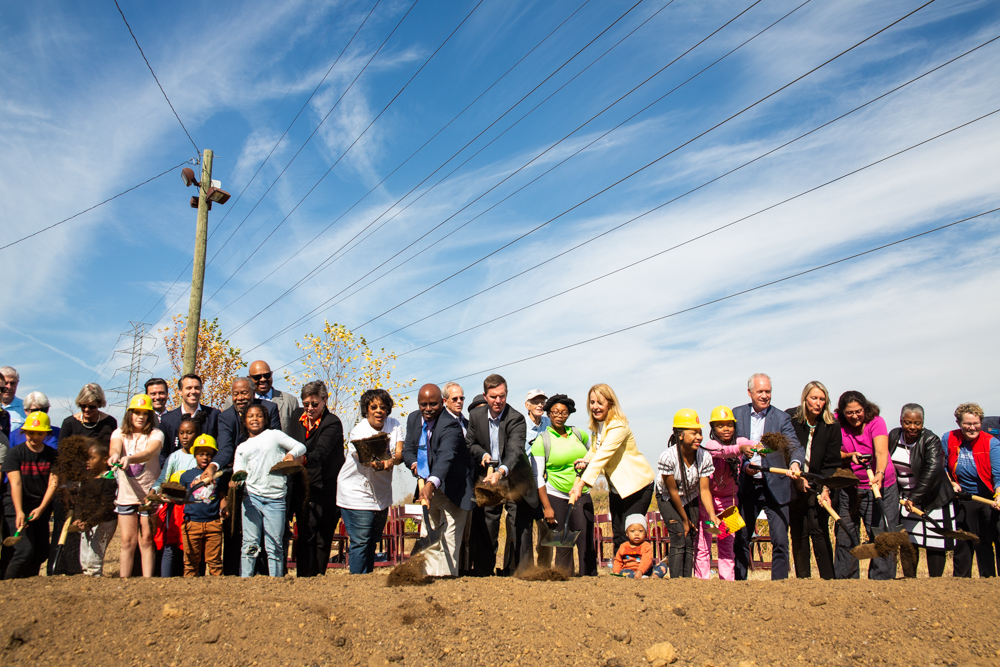 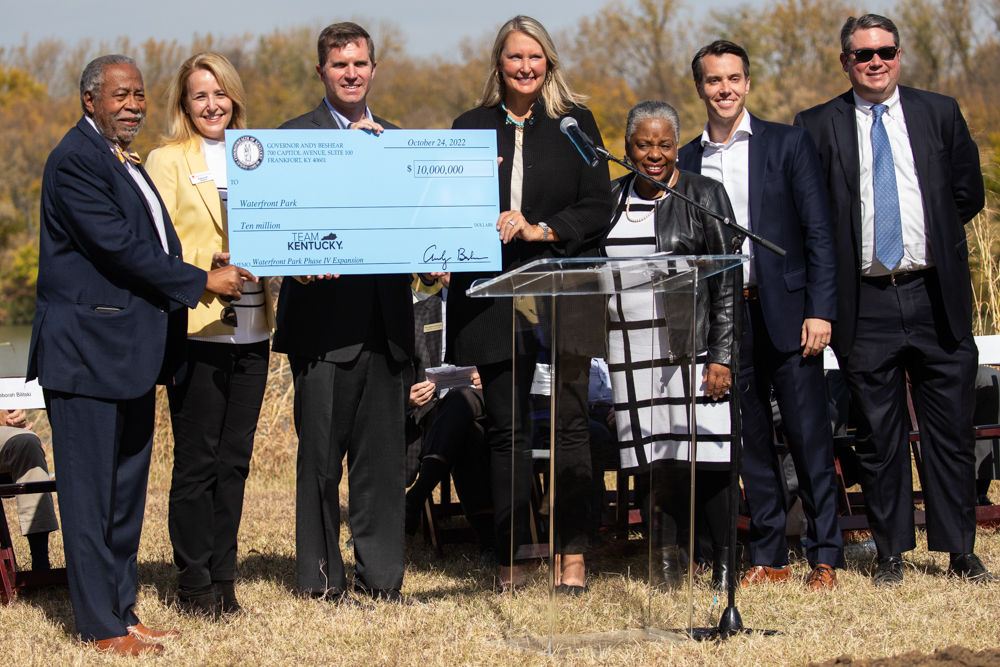 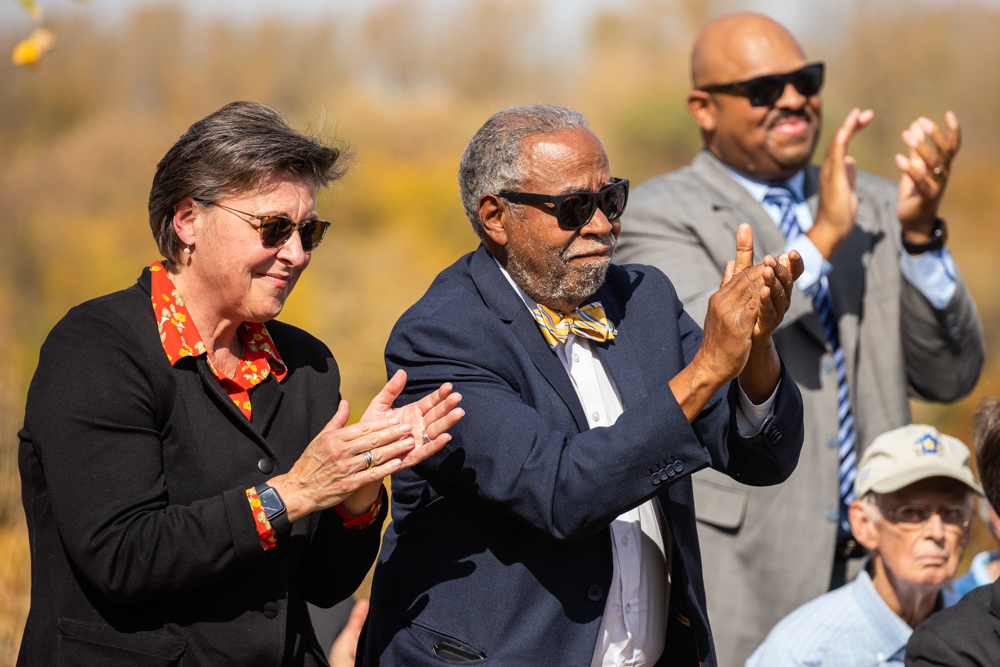 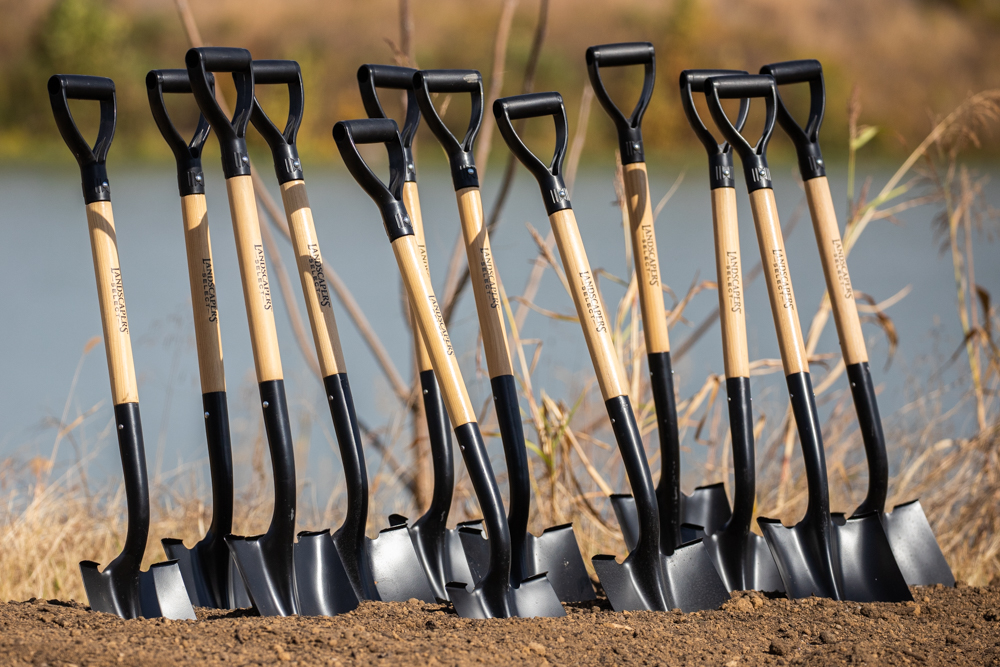 This afternoon, Waterfront Park broke ground on Phase IV of its expansion, which will take it into Louisville's West End.

The expansion will turn a 22-acre area of riverfront land between 10th and 14th Streets into accessible public spaces. The first part of the new expansion will be an "outdoor experiential learning area for children," according to a press release, created with input from the Kentucky Science Center.

At the ceremony, Gov. Andy Beshear said, "Folks, the fight for equity in this city and beyond is not about right versus left. It's about right versus wrong. Today, we're doing right. As a dad, I believe that every family deserves the chance to enjoy this park and to spend time together in such a beautiful outdoor space."

Mayor Greg Fischer said that the completed project will be "the new Ninth Street unifier" rather than "the Ninth Street divide" and called the occasion "a great day for our city with even greater days ahead."

Check out LEO's photos from the groundbreaking in the gallery above.