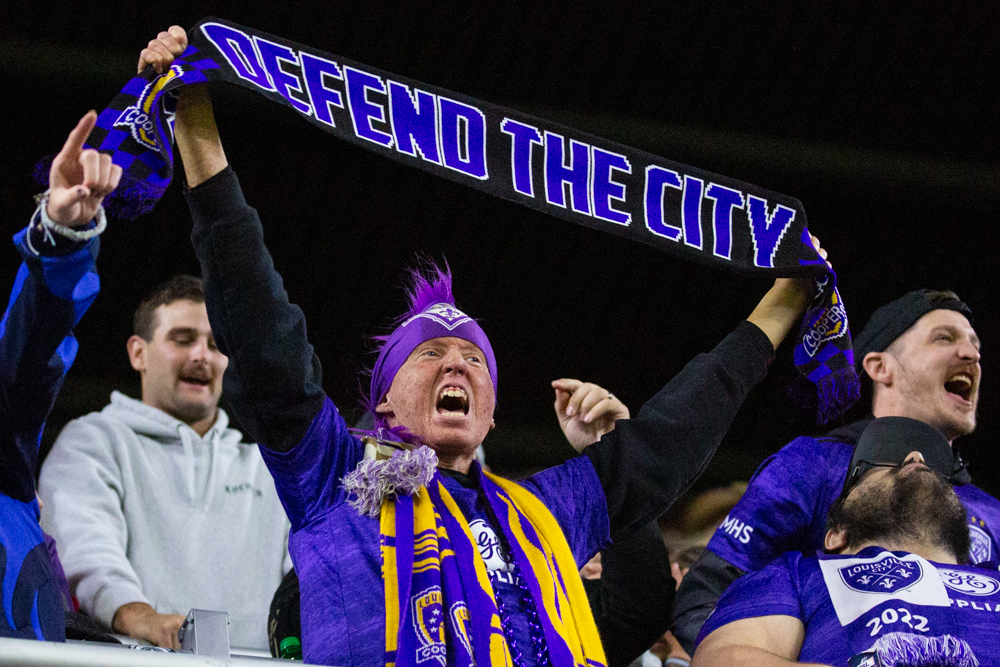 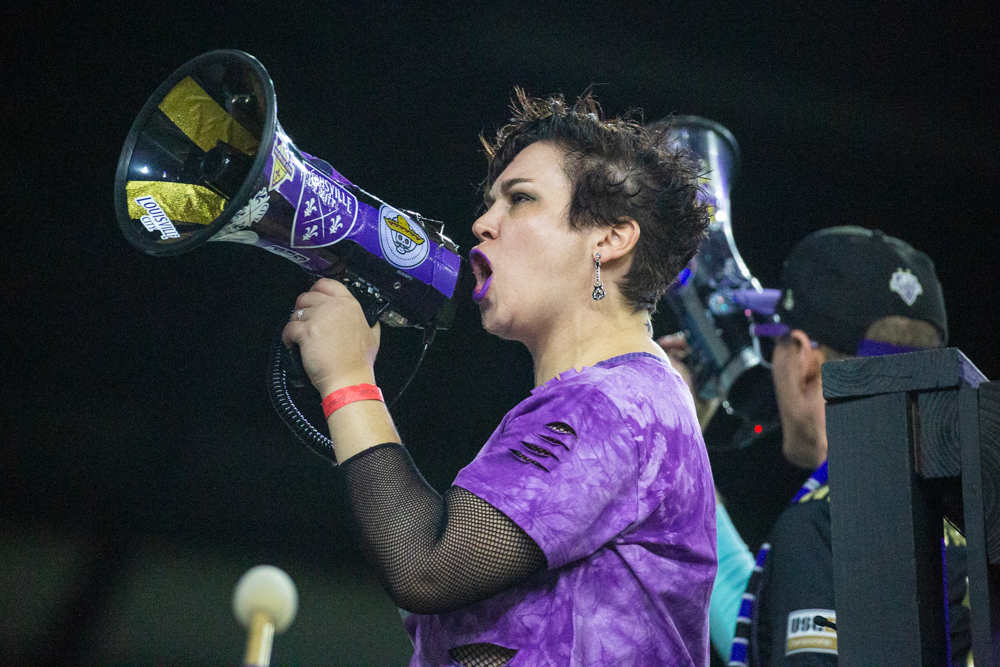 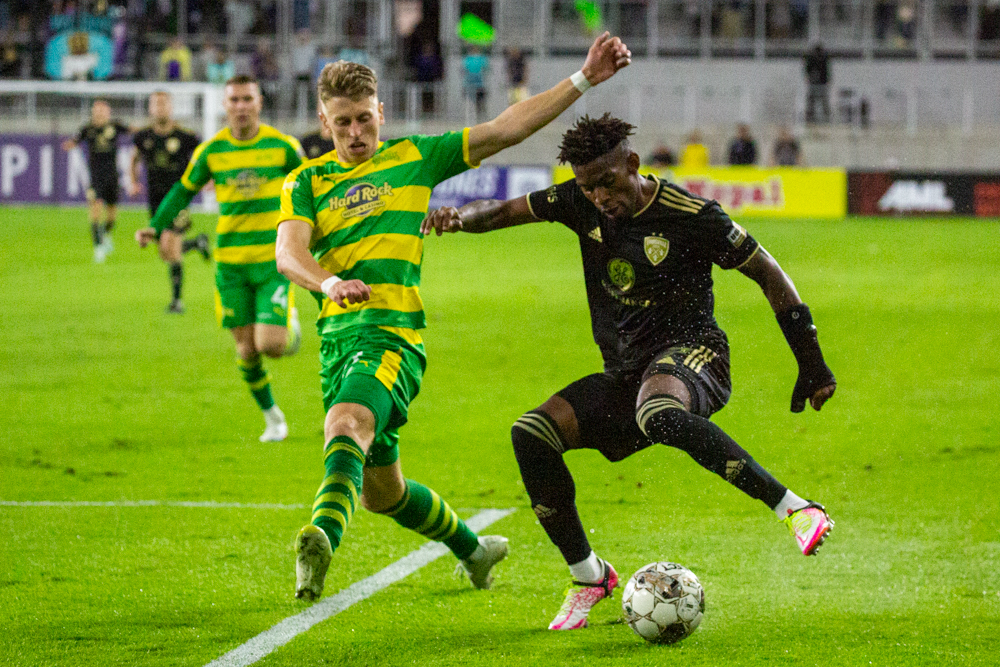 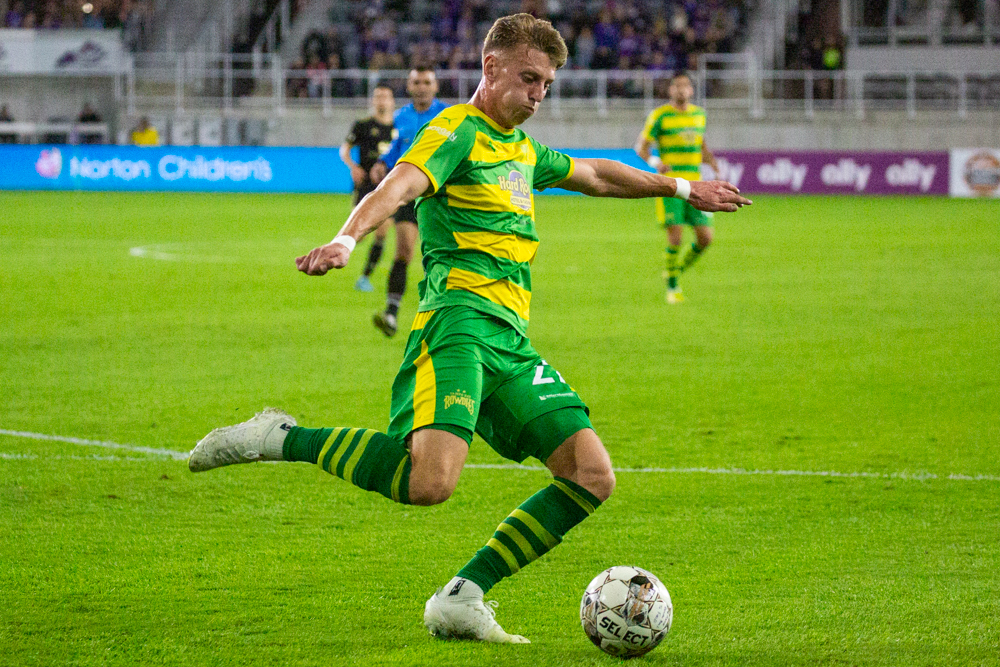 After a no-scoring first half, a second half that continued into overtime, and a brief period of rain, LouCity defeated the Tampa Bay Rowdies 1-0 in the USL's Eastern Conference Final on Saturday at Lynn Family Stadium. Thanks to the win, "the boys in purple" will face off for the first time ever against San Antonio FC, who won the Western Conference Final last night, at Toyota Field this Sunday, Nov. 13.

19-year-old midfielder Elijah Wynder made the winning kick in the 107th minute after a corner kick from midfielder Oscar Jimenez.

Midfielder Corben Bone got a red card in the 83rd minute for shoving the Rowdies' Lewis Hilton after a foul, leaving LouCity with one less player. In a post-game press conference, LouCity coach Danny Cruz said, "We don't ever want to go down a man in a game like that, but with that group, I believed. I absolutely believed, and I asked them to believe before the game, and they did that."

"We had guys who were fatigued. We had guys who worked their ass off all night," he said. "But again, in this environment, with this fan base — very difficult to lose a game in Lynn Family Stadium.”

Check out LEO's photos in the gallery above.