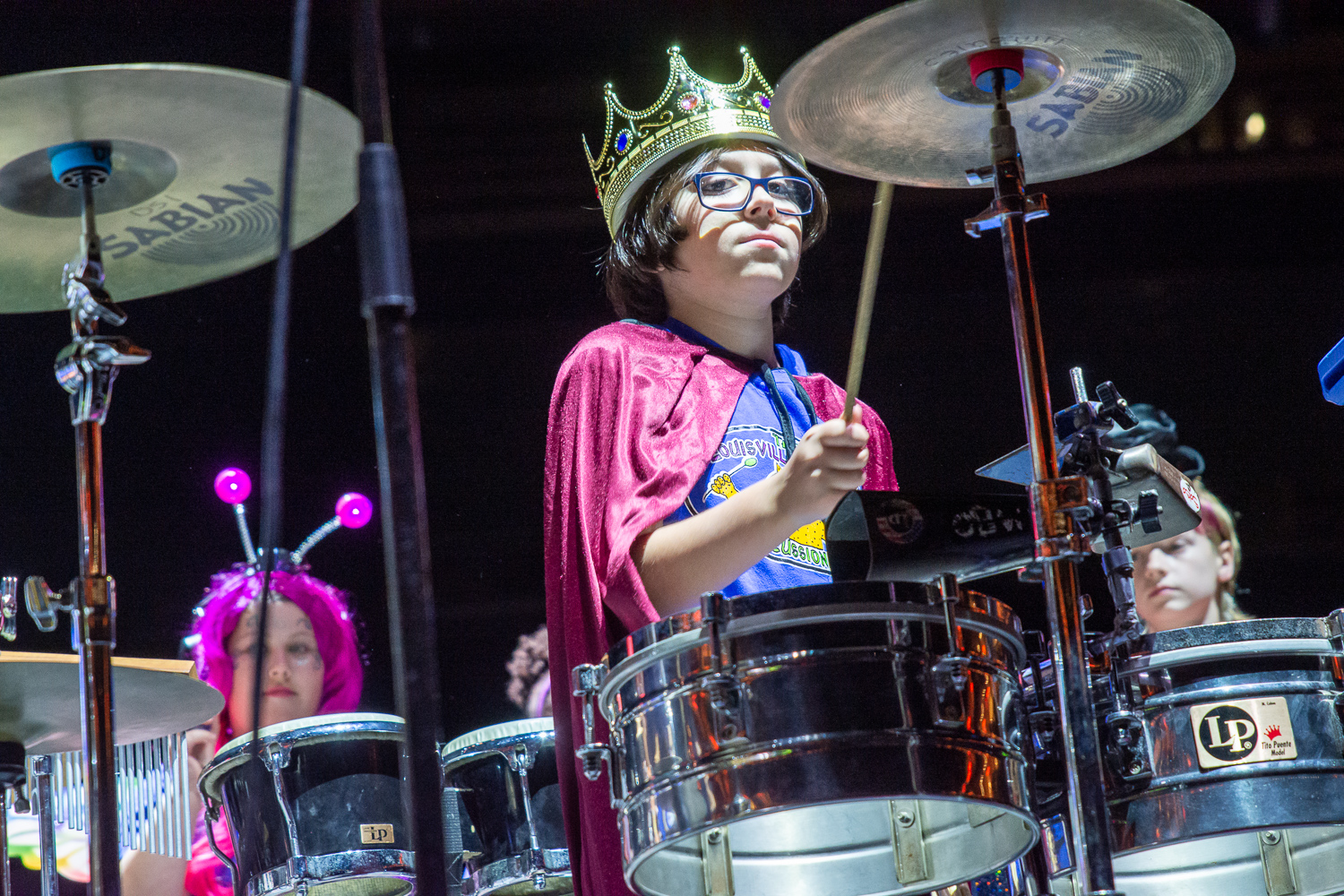 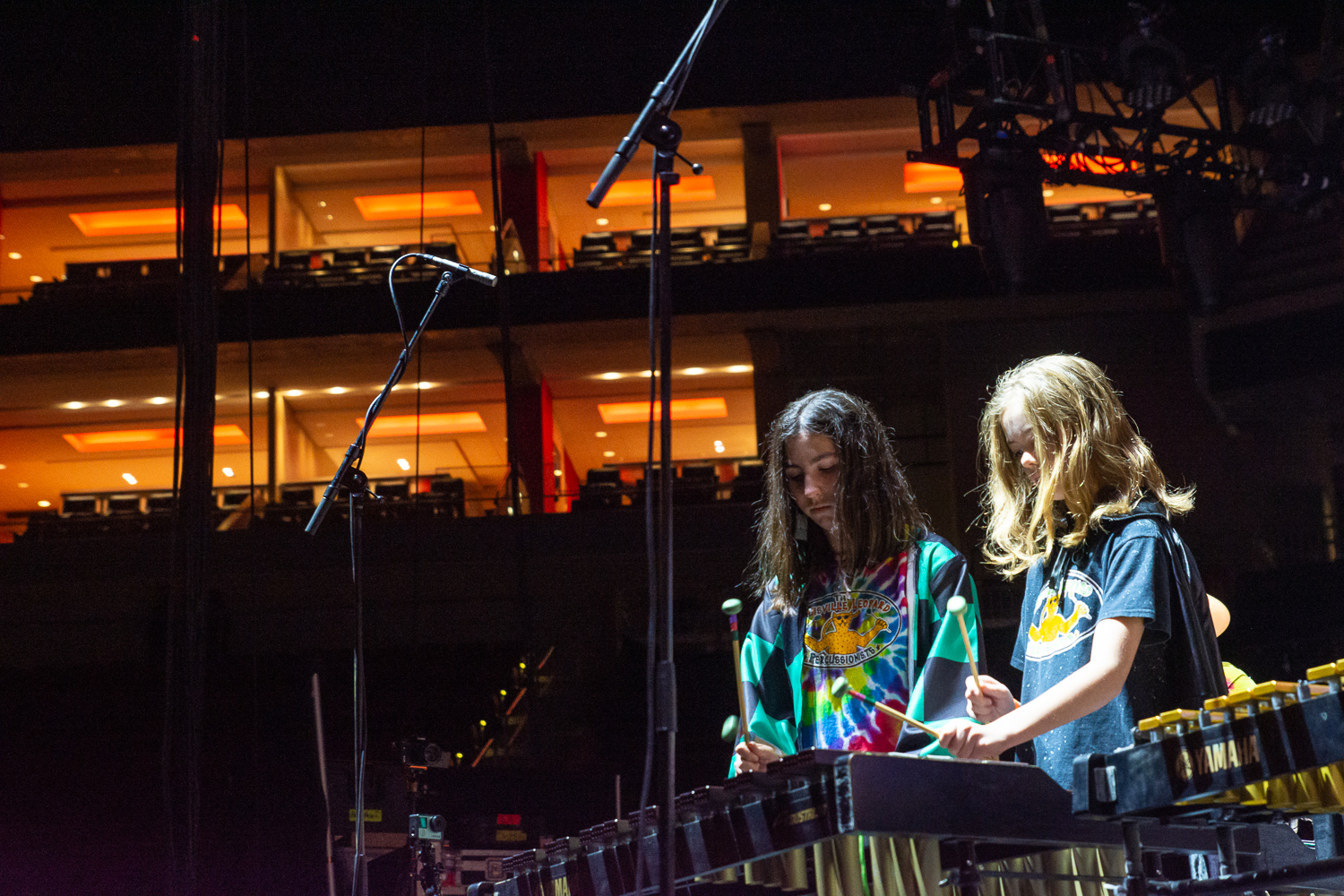 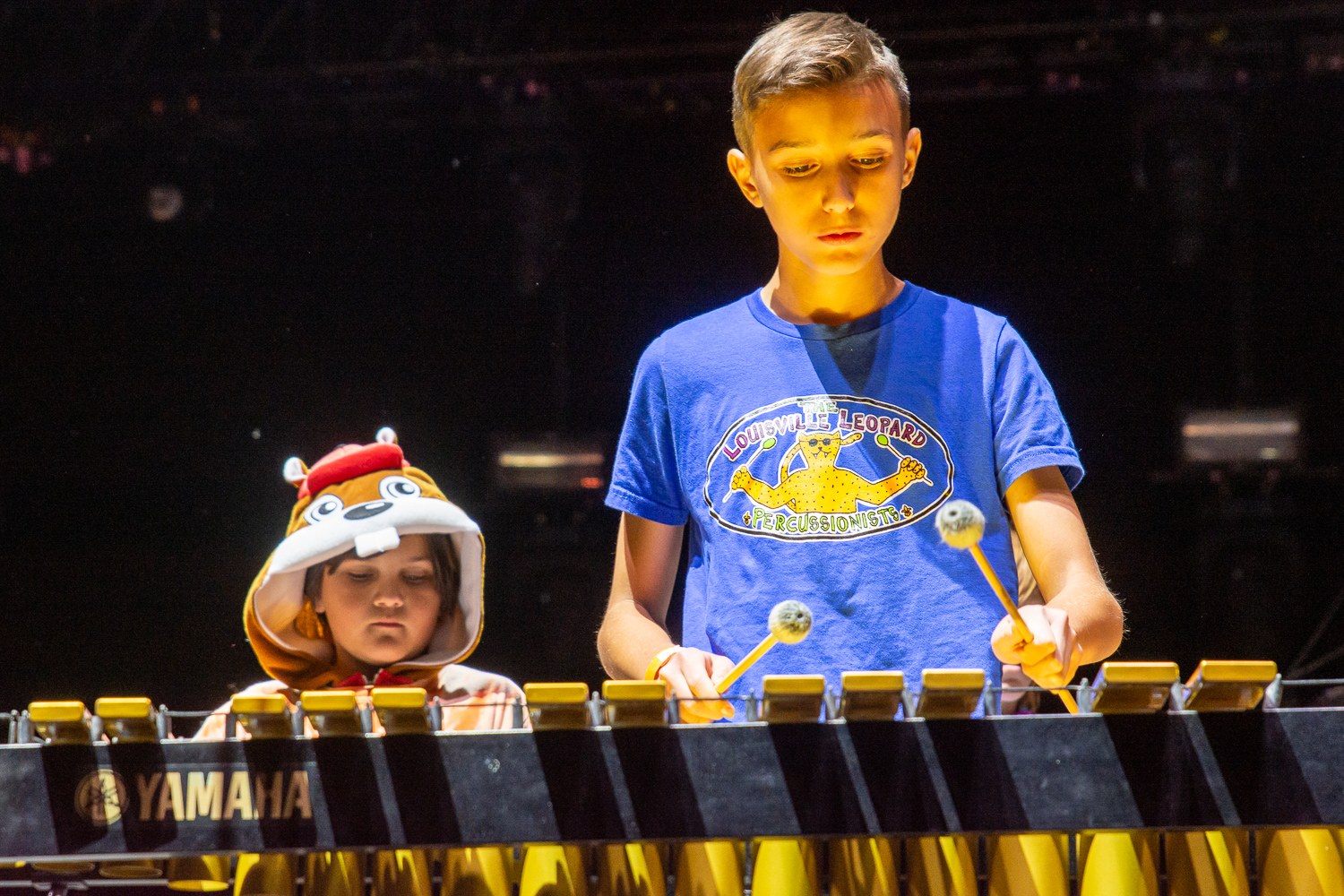 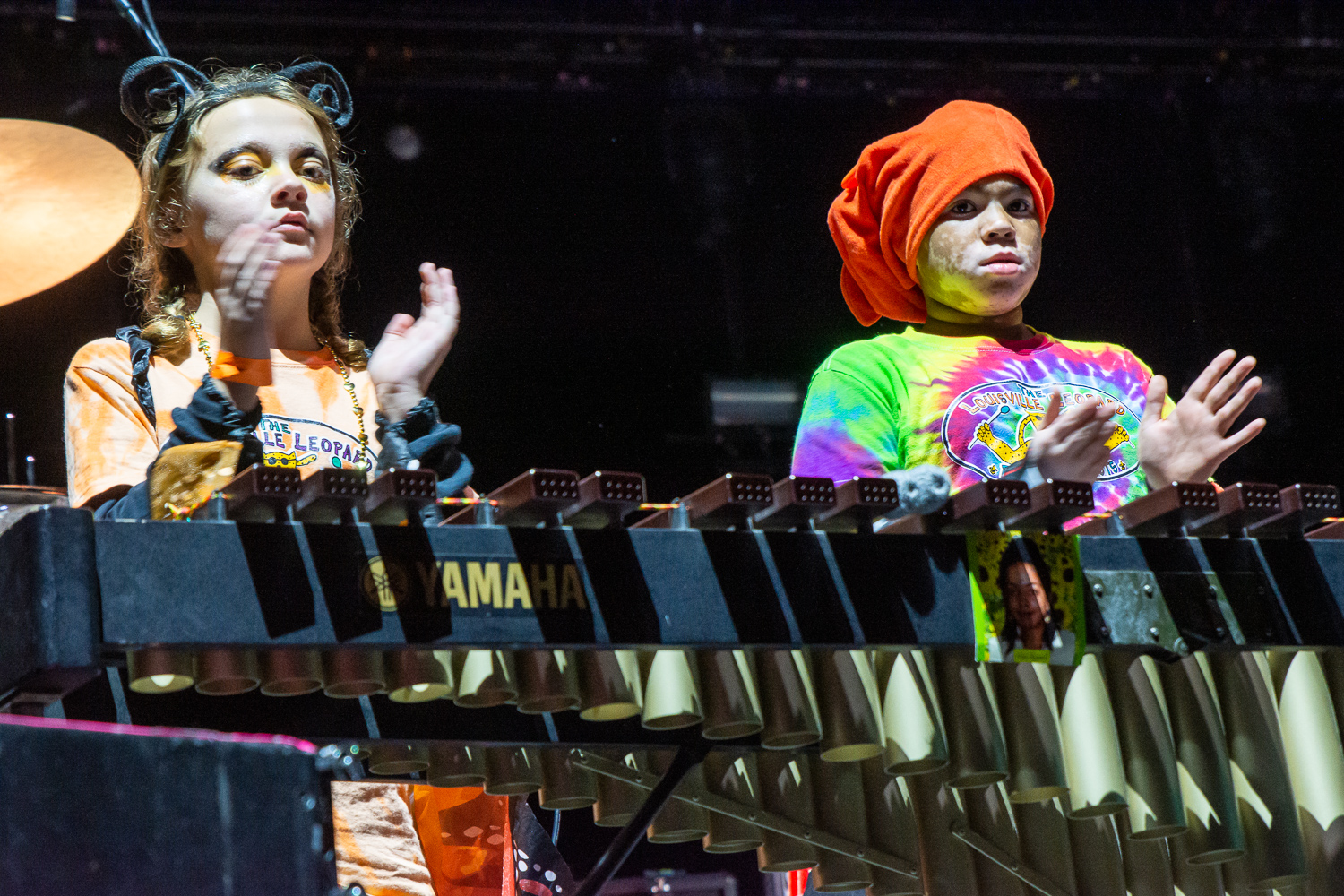 My Morning Jacket is rightfully regarded as one of the best live bands of their generation, but Saturday’s concert at the KFC Yum! Center was something particularly special. It was Jim James and company’s first hometown show since 2015, and between the concert's costume ball theme and the local opening acts, there was an overwhelmingly celebratory atmosphere. The night felt like a singular experience.

The Louisville Leopard Percussionists, an internationally-renowned group of child musicians, kicked things off. The deeply-storied Leopards — who were featured in a 2008 HBO special and also received a $10,000 donation from Ozzy Osbourne after their rendition of “Crazy Train” went viral — quickly made it obvious why they grab so much attention: their level of talent is remarkable, and their energy is infectious. Many parents were sitting close to the stage, filming their children, visibly emotional. The kids were beaming. Jim James and My Morning Jacket drummer Patrick Hallahan (whose daughter is in the Louisville Leopards) joined them onstage for a song. Those kids, and their families, will have a story to tell for years.

My Morning Jacket opened with “One Big Holiday” and didn’t slow down from there, immediately following that with “Holdin On to Black Metal” and “Evil Urges.” As usual, they soared. Some bands sound better listening to with headphones on. My Morning Jacket isn’t one of those bands. Their live shows carry the sort of electricity that you can only get by being there.

Late in the show, they covered Donovan’s “Season of the Witch,” which fit James’ costume perfectly.

To see that costume, and everyone else’s, check out the photo set above. —Scott Recker