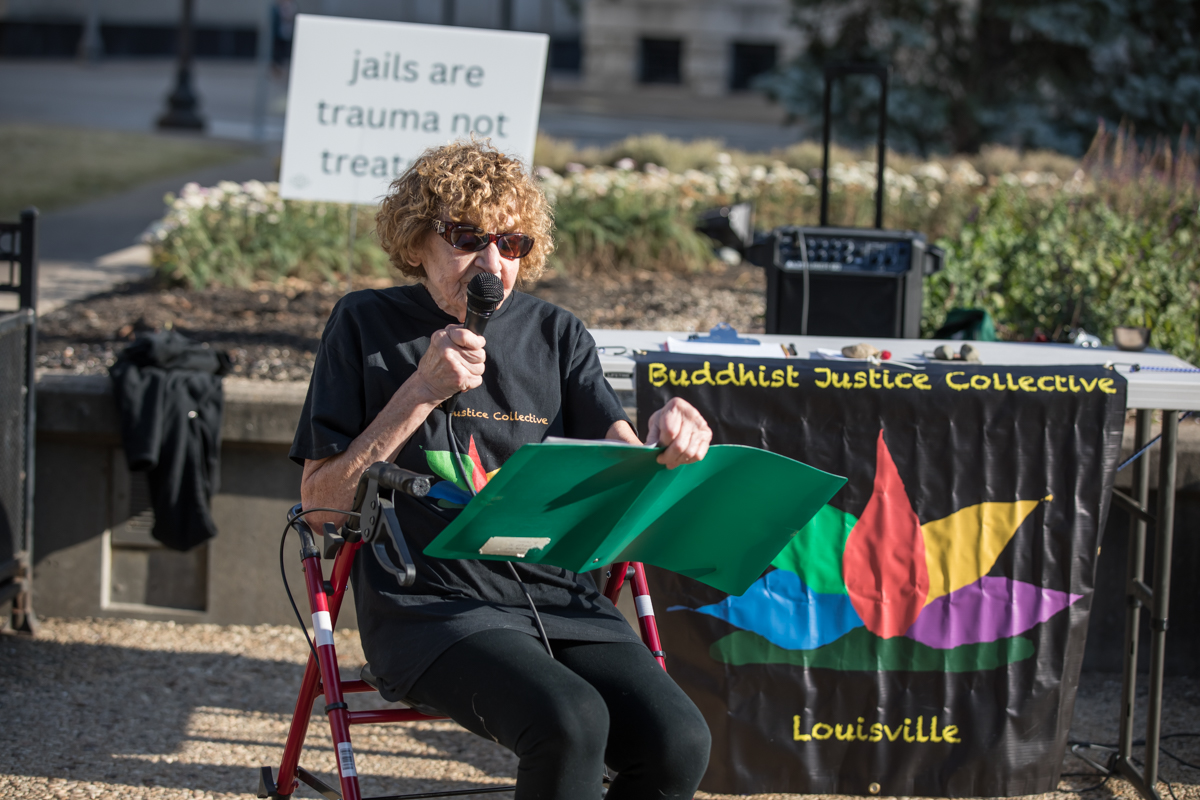 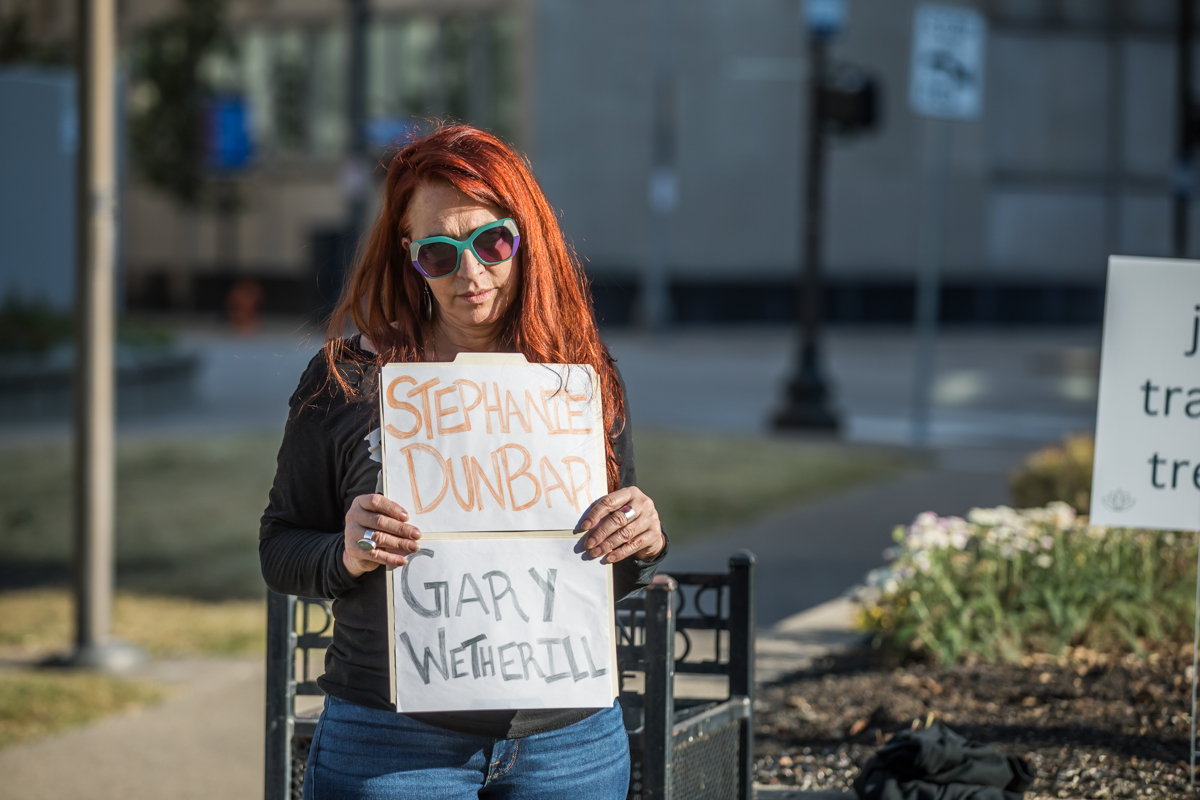 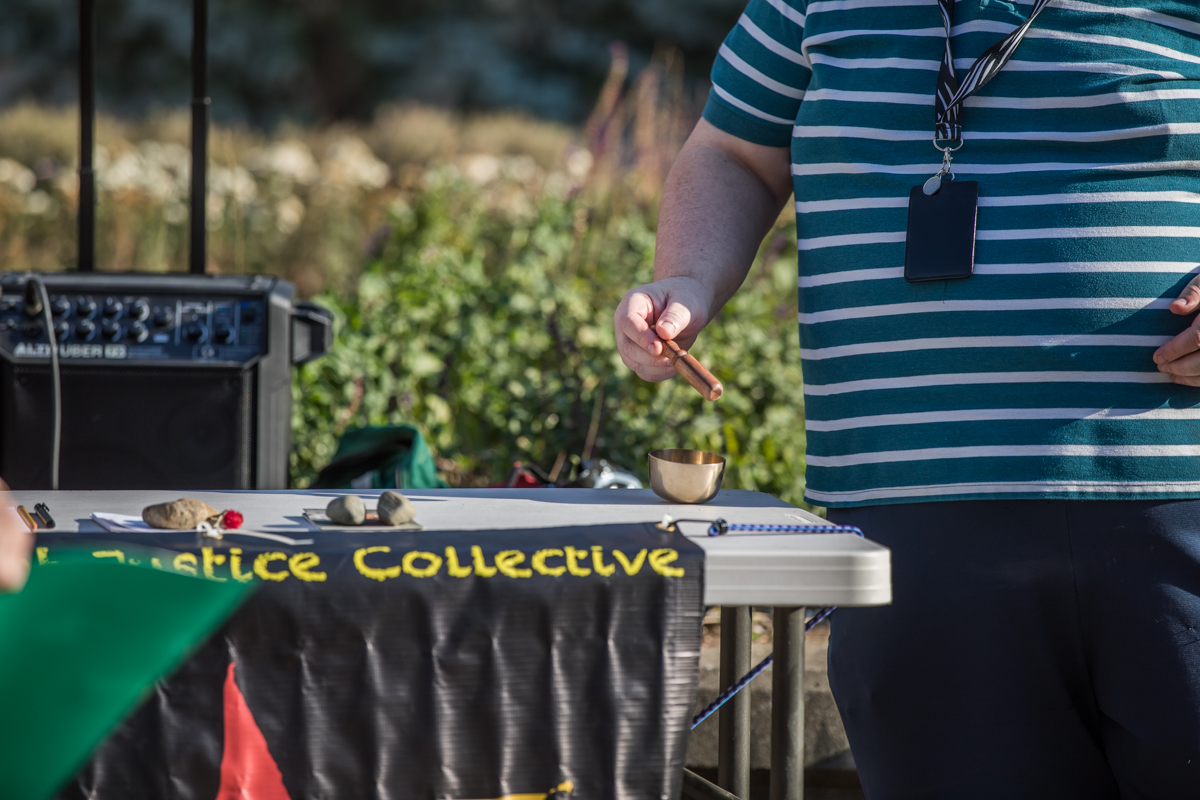 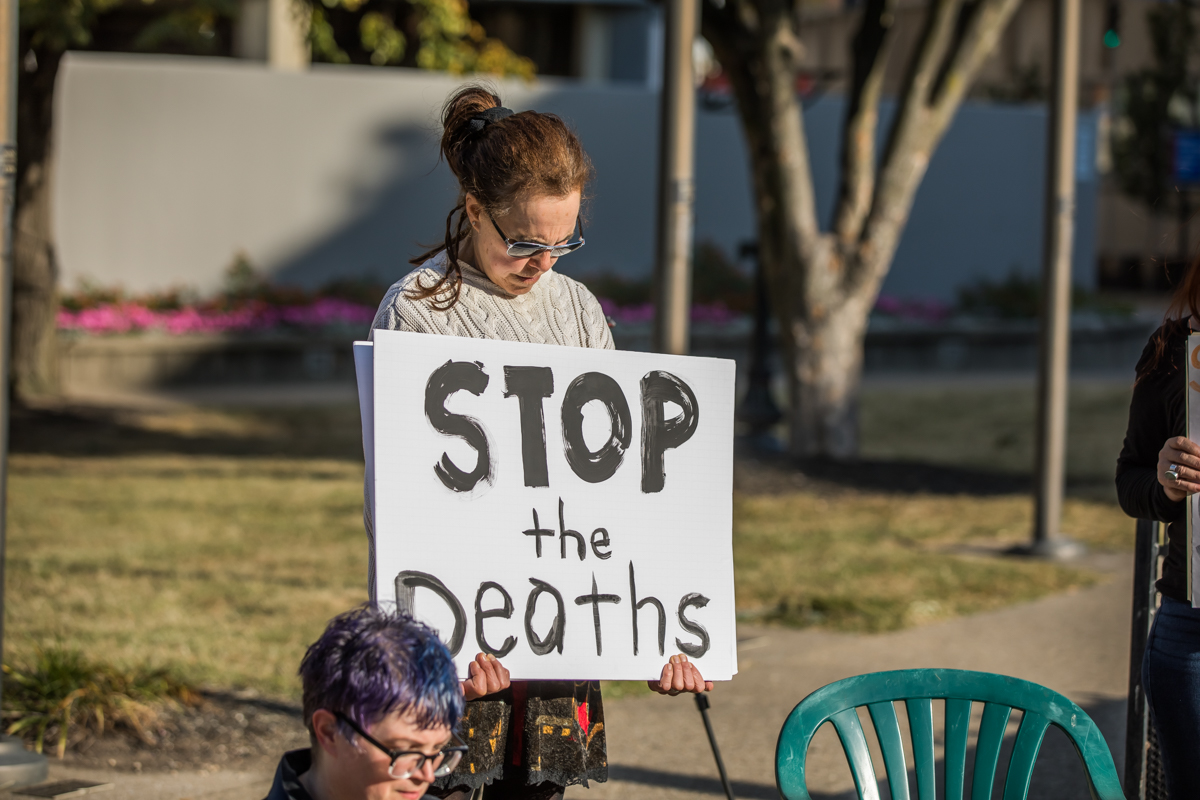 A week after the latest jail death in Louisville, members of the Buddhist Justice Collective and advocates for jail reform gathered across the street from Louisville Metro Department of Corrections on Tuesday night for a vigil calling for an end to in-custody deaths.

Holding signs bearing the names of 12 people who died in LMDC custody since last November, they walked in a silent circle in downtown Louisville’s Jefferson Square Park, a plaza that served as the epicenter of 2020’s protests over the police killing of Breonna Taylor. And between rounds of silent meditation, activists spoke about the need for urgent change.

“It’s a failure of the social morality in our community that there hasn’t been more activity and standing up and speaking out,” said Judith Jennings, a jail reform activist. “I live in Crescent Hill. And if 12 people died in Crescent Hill and it turned out they were all under the care of Norton Hospital, I think there would be outcry. There would be investigations. I think the mayor would respond.”

Around the circle of activists, signs embedded in the dirt of the square’s concrete planters bore slogans like “cages don’t heal,””LMDC warehouses people to death” and “jails are trauma not treatment.”

For more photos from the vigil, check out the slideshow above.