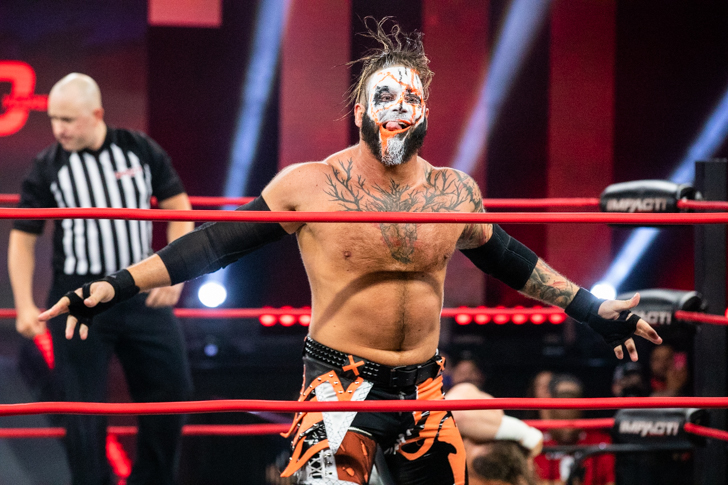 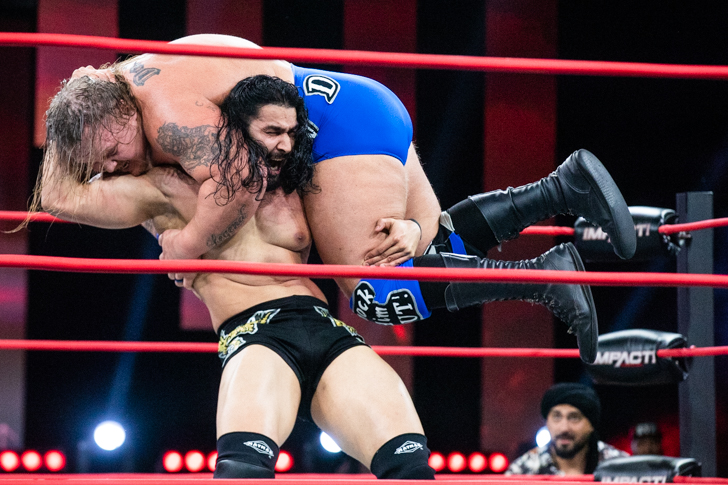 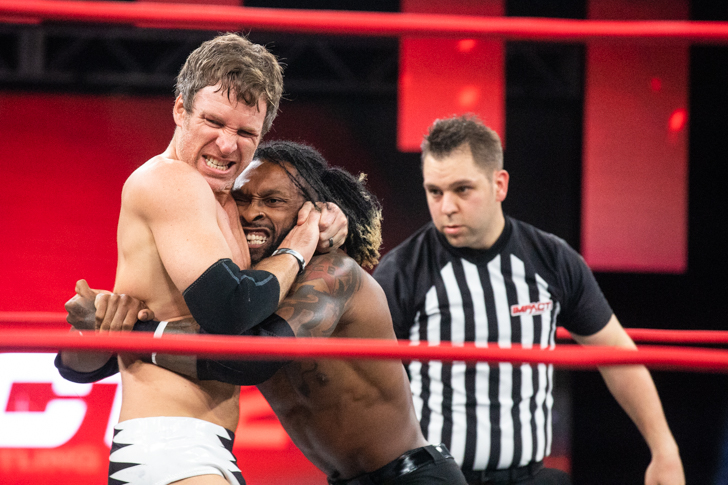 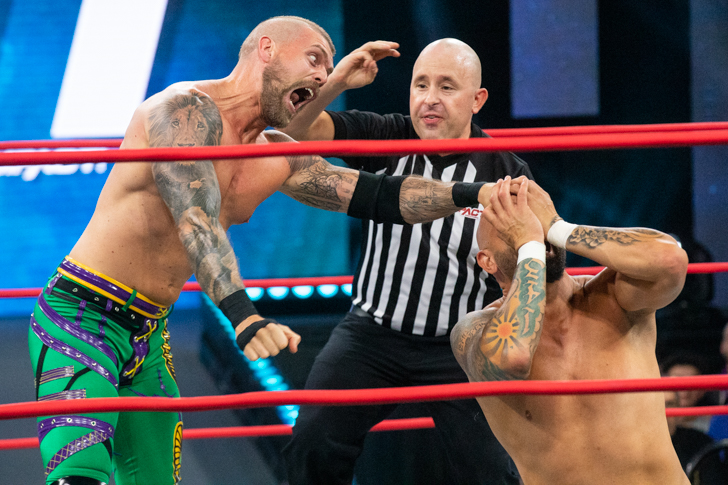 IMPACT Wrestling returned to Louisville this weekend for a two-day event at Old Forester's Paristown Hall: Sacrifice on Saturday and Louisville Slugfest on Sunday.

LEO got a firsthand look at the action last night.

Anthony Carelli (ring name: Santino Marella), a semi-retired wrestler from Canada who made his original professional wrestling debut in Louisville, served as one of the commentators.

The lineup included another face with a connection to Kentucky: wrestler Larry D, who hails from Georgetown. 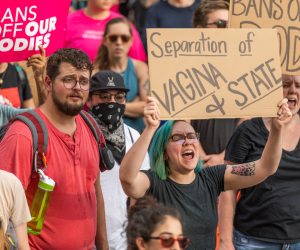