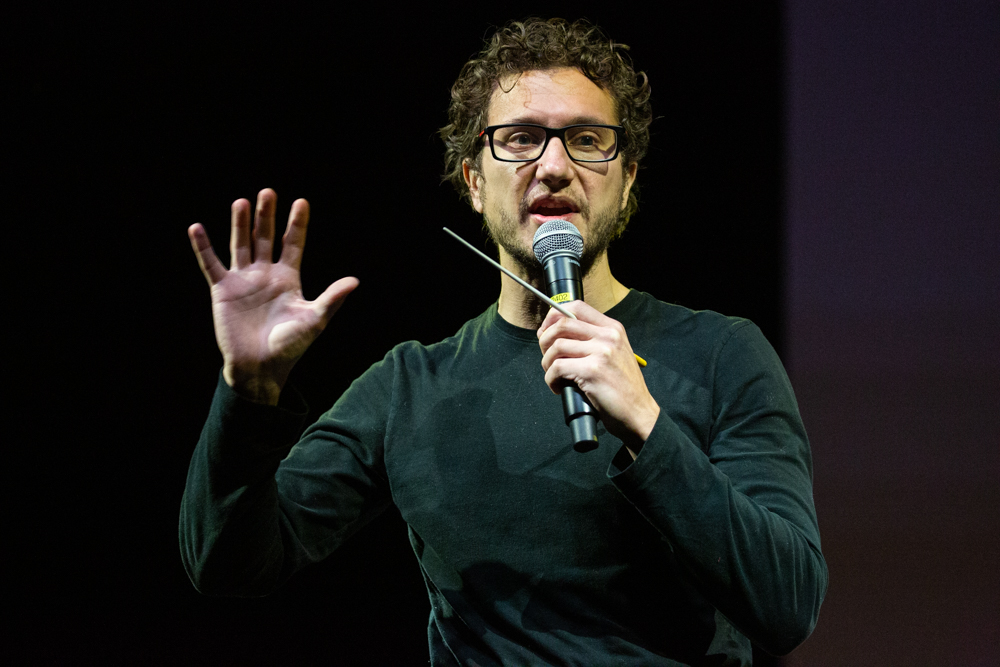 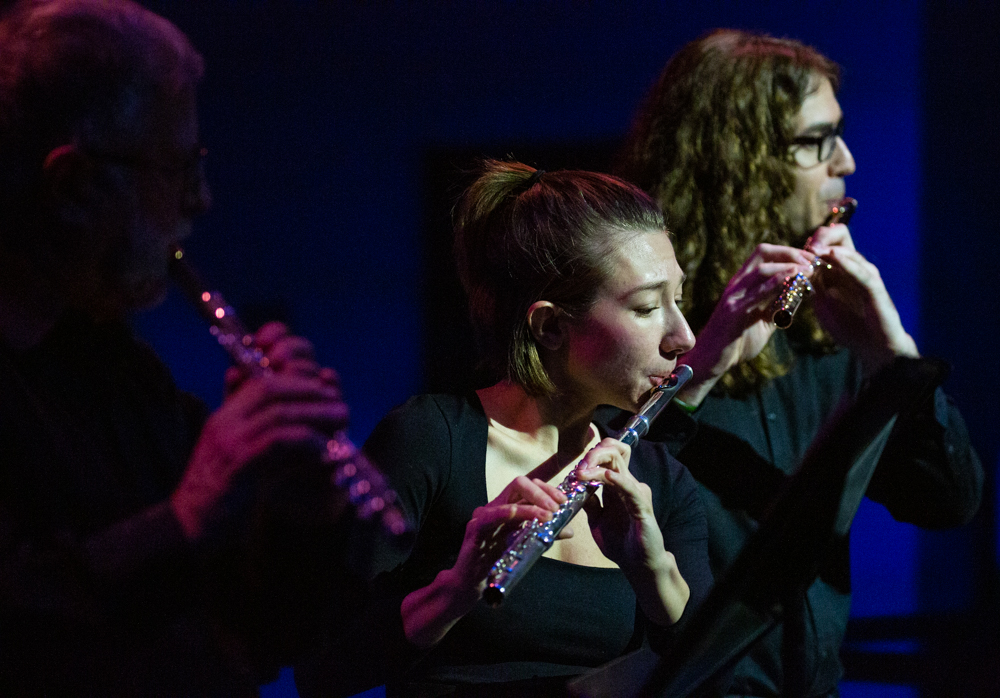 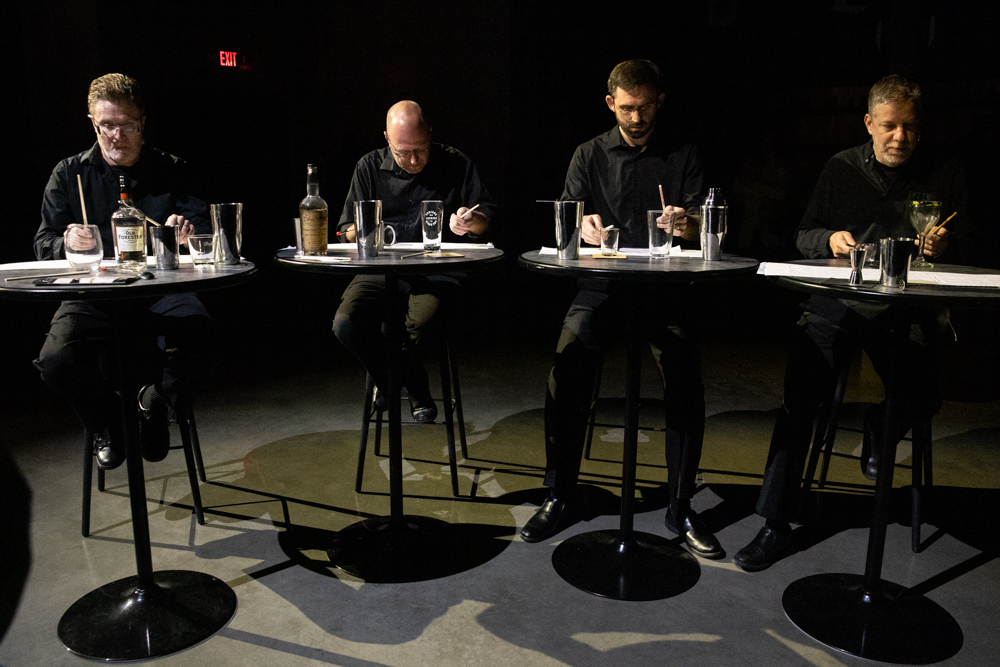 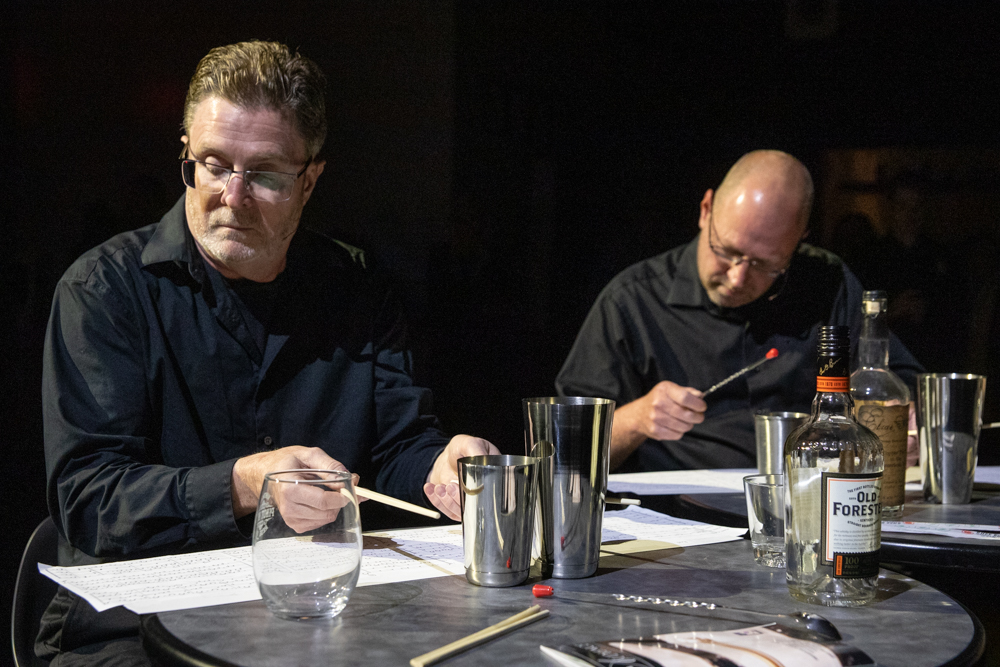 In the first piece, "The Unanswered Question" by Charles Ives, a trumpeter repeated a "question" in the form of a melody from different positions on the upper level of Paristown Hall as the rest of the orchestra (minus a group of flautists on the floor level) played onstage.

In the next, "Living Room Music" by John Cage, a group of four percussionists, seated at tables on the floor level, played beats on empty Old Forester bottles and glasses. After that, they moved into a "living room" setup nearby and sang a rhythmic a capella piece as they read assorted books and magazines.

In the third piece, a world premiere of Vache Sharafyan's "Fireflies Over the Lake," music director Teddy Abrams and the orchestra musicians, wearing fingertip lights, played a calming melody as another musician gently moved water around in a bowl to simulate the titular setting.

The fourth piece, Nina Shekhar's "Turn Your Feet Around," was a dark remix of the Gloria Estefan hit "Get on Your Feet." As it played, the musicians would stop every so often to freeze in contorted positions, following instructions written in the score.

In the last piece, the orchestra provided live accompaniment to "Philharmonia Fantastique: The Making of the Orchestra," a live-action animated movie about a character called Sprite who learns how musical instruments work, introduced by composer Mason Bates.

Bates became "DJ Masonic" after the show, playing a live set with remixes of pop songs like "Billie Jean" and "Stayin' Alive."

Check out LEO's photos in the gallery above.