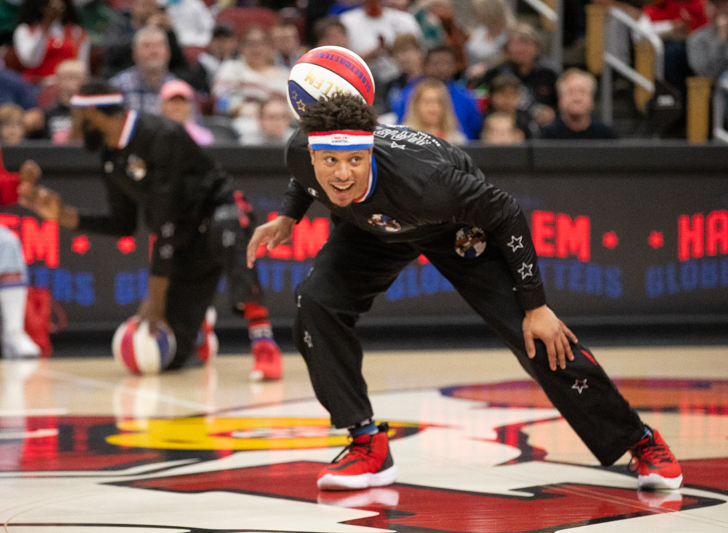 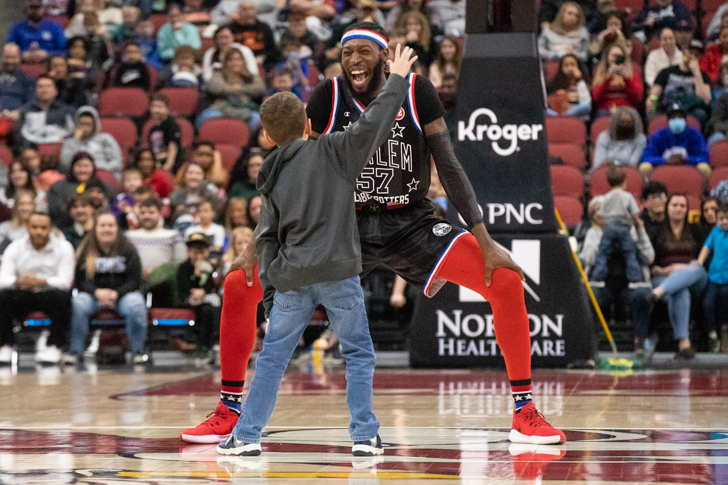 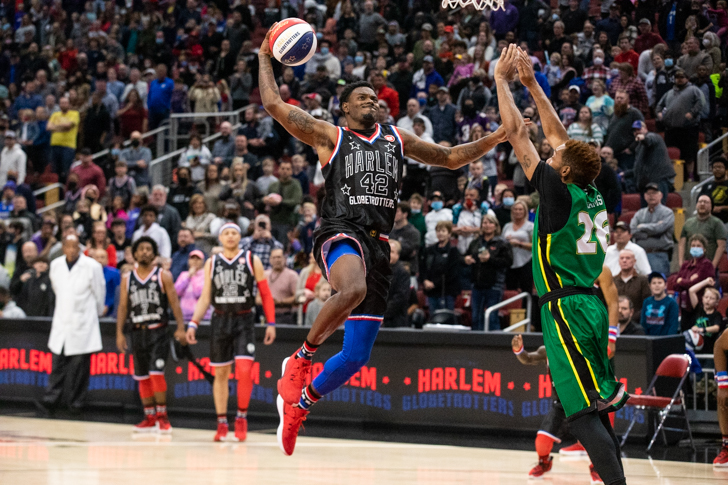 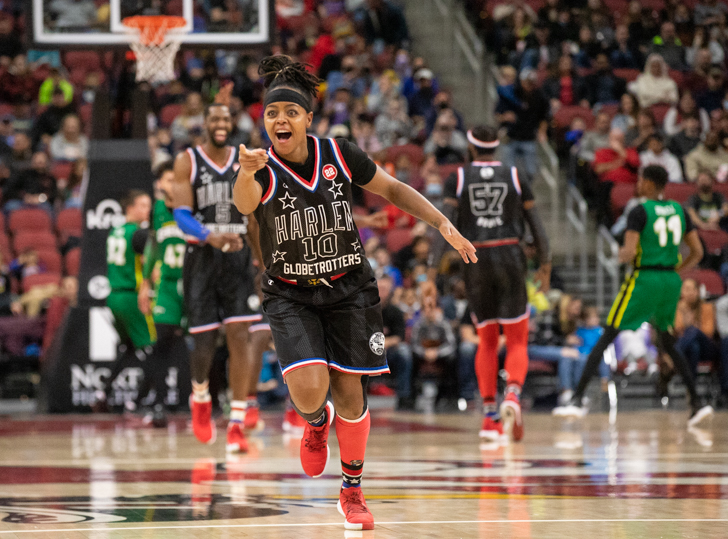 The Harlem Globetrotters once again brought fun-filled basketball to the KFC Yum! Center on Saturday night.

The novelty basketball team, best known for their stunt-packed games against the ever-losing Washington Generals, dunked, danced and dribbled their way into yet another victory. (They’ve only had about 27,000 since the team began.)

Saturday night’s game featured one contingent of the Globetrotters’ touring athletes, all of whom go by nicknames like Torch, Bulldog, Jet, Spider, Buckets, and Too Tall, plus a few other characters: Globie and Big G, the Globetrotters’ inflatable mascots; “superfan” Grandmama; Dr. Broke Ankles, the team “physician”; and the beleaguered referee.

Local youth hip-hop group The Real Young Prodigys made an appearance at halftime, as did the Allegro Dance Theatre from Radcliff, Kentucky.

The team is dedicating their 2022 season to the legendary late Globetrotter Fred “Curly” Neal, who wore the No. 22 jersey for 22 years. They played a video spotlighting Curly’s legacy, which also featured other celebrated Black athletes — including Muhammad Ali, who got a sizable round of applause from the crowd.

At the end of the night, players signed autographs for fans on the court behind a rope divider.